The 'Frame' Matters: Smartphones vs Tablets vs Desktops

Technology has quickly become the catalyst for a whole new digital world. Much like breathing, it has become a necessity to have a smartphone, tablet, or computer near us at all times. Similar to when Gutenberg invented the printing press, there has also been a learning curve of understanding the necessary technical formatting for each platform and how content is going to work on that platform.

Why an audience and demographic choose a device is directly affected by what they will be doing on that platform. While most of us have a phone, laptop, and a tablet, we use each one for different tasks and hobbies. Without even noticing it, there are specific aspect ratios that are optimal for different social media apps and platforms. There’s a specific explanation for why Instagram looks better on your phone than your laptop screen. There’s a reason why most Facebook posts look cleaner and are more aesthetically pleasing on your laptop screen. This reason is aspect ratio. 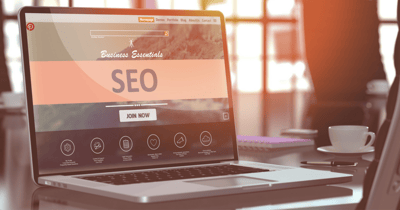 Every device, and every piece of content, has an aspect ratio. Aspect ratio is the ratio of the width to the height of an image or a screen. My personal favorite example explaining how aspect ratios work is the changes of aspect ratios in the innovation of the television. Remember when you were a kid and your sibling sat on the remote and all of a sudden, the cartoons you were watching were squished or way too skinny? This was because your sibling accidentally switched the aspect ratio of the screen.

Traditionally, televisions were made in a square shape called a 4:3 aspect ratio. Since HDTV has become the norm, TVs are now made in a rectangular shape referred to as 16:9. This explains why if you are watching an old episode of I Love Lucy that was shot in standard definition on your HDTV, there are black bars on the right and left sides of the episode. You’re watching a 4:3 formatted TV show on a 16:9 platform. As HDTV became the norm, the content that was created for the television was forced to catch up with the technological advances. This concept also applies to aspect ratio of apps, websites, and content on every platform. Just like with SEO, there is an optimal way of doing things, and that is to have the aspect ratio of content match the frame you are using. 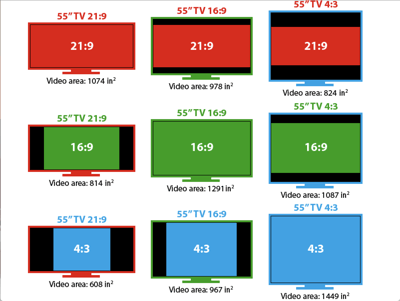 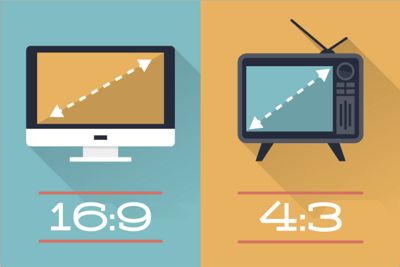 Aspect Ratios of Your Platforms

Laptops and desktop computers tend to hang around 16:9 aspect ratio. Just like HDTVs, the computer platform has adapted the 16:9 aspect ratio because of the influx of people watching television and movies on their computer.

Tablet’s aspect ratio varies a little more than smartphones or computers. Tablets tend to hang around 16:9, but the Surface for instance creeps towards 1:2:39 and some iPad are 3:4. In the arena of technology and platforms, tablets definitely are the most versatile when it comes to the content of a frame.

I will now dive into how the aspect ratio of different content works for different ‘frames’ or platforms. To draw from my example of I Love Lucy, it is optimal to watch and view content set in an aspect ratio that matches your frame.

Let’s break this down to the different aspect ratios of actual content, what aspect ratio is most optimal, and then we will analyze which sites work well on each frame.

With this information, we see that landscape photos are at their best when they are used with a device that is 16:9, so most likely a computer or a tablet with a higher aspect ratio. Most smart phones do have an aspect ratio of 16:9, but a landscape photo on Facebook or Instagram will still not be optimal on smartphone because the average smartphone user holds their phone in the vertical orientation. The square aspect ratio is most optimal for Facebook, Instagram, LinkedIn, Pinterest, Twitter profile pictures, because people tend to spend time on these sites and apps when their phone. 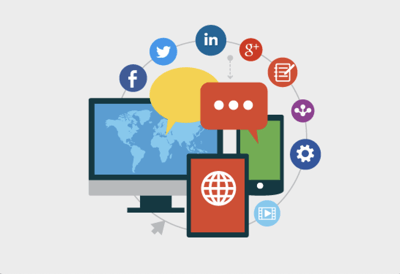 Each platform has its pros and cons. Smartphones have convenience, laptops have complete flexibility, and tablets are portable but can also be used for bigger picture things like work and creative projects.

The biggest pro when considering what content works on a laptop is that the laptop’s bigger screen can fit more, and thus the general experience for the user is more diverse.

It's all about what fits their lifestyle the best; if it's writing, emailing, editing photos or videos let it be set for laptops to lead the way. If you’re on site for taking pictures, then using your phone for easy access is the best way to go. As for tablets, they can do everything that a smartphone and laptop can do, just without the same accessibility and convenience.

This infographic by LouisM.com does a great job of summarizing the different aspect ratios and what works best for each social media platform.