I remember back when the world was a lot quieter. Myspace was still in its heyday and people were only just starting to get an idea of how to use social media. Nobody at the time really knew the impact these platforms would have on our lives or the potential it had in reaching out to new audiences across the globe.

As bigger platforms like Facebook and Instagram began taking center stage, people began spreading out information to each other faster than ever before. Now as these platforms have gotten bigger, they have given brands and influencers the chance to connect further with audiences with new live streaming features that have given rise to new content focused on visual storytelling.

With this feature, people can now gain a more personalized insight into the previously unreachable world of the people around us. Any major event or life achievement can now be witnessed live by the masses, with popular public figures even gaining thousands of views whenever they get online to stream. This allows highly influential companies and public figures to increase engagement with their fans while also building a connection with them. Live feeds build a more personal bond with the viewers as they feel as if they are taking a small part in a developing story. Viewers are able to ask questions and make comments they hope the streamer will react too, giving them the chance to feel linked in some way to the streamers despite the large distance that separates them.

As a trending feature focused on building a stronger connection with people, it not a surprise that we are seeing more and more brands use streaming as a cost-effective marketing tool to spread notoriety.

Users nowadays are so drawn to streaming that 82% of audiences prefer engaging with live videos from a brand than the casual social media post. Live-streaming videos in general are already establishing itself in the market by increasing ad growth 113% each year, and giving brands more reason than ever to try out streaming.

This new era of social media users is responsible for this growing trend in marketing. Having brands promote themselves on live media creates an interpersonal relation with audiences that are typically turned off by conventional forms of advertising. Nobody really tolerates pop up ads nowadays, as it interrupts the constant flow of entertainment.

Promoting yourself with visual storytelling through live media helps influence viewers to engage more with your content since you are giving people something worth being invested in instead of skipping. Audiences will now get the chance to feel as if they’ve created a more personal bond with your brand, just as much as they would with any famous streamer.

If you’re this far into this blog post, and have already started gathering up ideas for a streaming, remember that there are many ways you can tell your story through live media.

Back in 2016 Dunkin Donuts made its way into Facebook Live by taking audiences to explore through the company’s test kitchen. During the video, viewers gained a larger insight on the brand's creative process during the creations of a new product, and at the end, got to witness employees construct a large wedding cake made of donuts in celebration of Valentine’s Day. These behind-the-scene glimpses are a great way of giving attention to longtime fans while still attracting the attention of more casual ones. During the live tour, your brand can talk more about their company’s history and goals while also hosting Q&A sessions with their fans as a way of growing closer to them.

Tastemade, a digital food and travel network popular on social media, had the brilliant idea to use live media to create their own little series. Appropriately named “Tiny Kitchen”, this live series main point is to create cute miniature versions of food on a cute miniature kitchen. 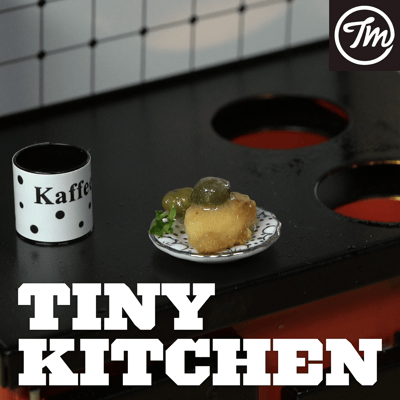 It sounds like a very simple premise, but in the end, it was still able to gather 3.8 million of views for the network. Making cute live videos won’t work for every company, but the point is that your brand creates something that caters to your audience and gives them something worth their time. You can create your own little story that fits your brand image, or even go for something completely random and unique like what Tastemade did. 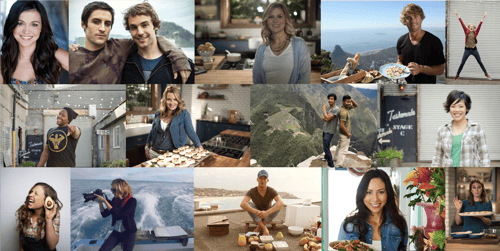 If you need more examples of companies taking live streaming to the next level, I suggest you take a look at Forbes list to gain more insight on how different brands use live media to improve their engagement.

Live video has given audiences the opportunity to take part in social storytelling in many different ways, but it's important that you know your followers well before you start streaming.

Remember to analyze how followers interact with your content and try to develop something around it that people would want to share. Whether you want your stream to be more informative like Dunkin Donuts, or strictly just for fun like "Tiny Kitchen", always strive to be innovative with how you want your story to play out.

Previous Story
← The Art of Laughter: Using GIFs to Connect
Next Story
A Beginner's Guide to Masterplot →