Every book lover knows the feeling of connecting to a protagonist so deeply that they seem human to you. It’s often the case that certain characters feel more “real” to the audience than others. While some are simply characters, others become our friends or foes who are capable of feeling more real than even the person sitting next to us.

Characters aren’t just in books and movies, they can also be used in marketing. It’s just as important to make the main protagonist of a brand story relatable to the audience as it is a main character in a book.

A few weeks ago, we shared a “Step by Step Guide to Telling Your Brand Story” in which we talked about the importance of your brand character. In short, brand personas need to have human traits, so people feel they can emotionally connect to them as more than just as customers.

While in book and movie storytelling it’s important to develop your character over time, for brands its best to have a consistent brand persona that’s demonstrated through the narratives you choose.

Finally, brand personas are created with a specific goal in mind, namely to make your brand easier to engage with in a positive way. While flaws are a big part of making a human character, with brand marketing, you don't want to highlight those. Despite the added complications, these general techniques still apply for making your character feel real to your audience.

A story revolves around a central character, so it’s easy to make it seem like that’s all that exists. However, a character that feels human is one that recognizes that the world outside them is bigger than their individual plot line. They strive for something greater than what they are capable of as a character. The interests that exist outside the main plot line help develop a three-dimensional character.

The central topic of Ben and Jerry’s as a brand is ice cream (obviously). However, they step outside the topic intended for them to discuss and participate in larger issues they care about.

Not only do they recognize and talk about issues that matter to them like the environment, but they participate in bettering the causes they care about. The participation in something greater than their core interest makes the Ben and Jerry’s persona more real.

2. Show How They Reacted in Bad Times:

Human lives are not all rainbows and sunshine. Pain and fear are very real human emotions that shape us into who we are. Characters that open up about past struggles and how they faced them feel more human to us.

We want to know how characters got to where they are, especially if it involves a turning point. When a narrative involves struggle, it gives us a chance to see how someone responds when things go badly. The way that characters overcome hardships can highlight character strengths and show their resilience. When we see a character have to go through a struggle we can empathize with them and root for them when they eventually come out victorious.

The comeback story of Apple does just this. In 1997 when Steve Jobs took over, Apple was suffering billion-dollar losses. The struggles that Apple needed to overcome in order to become the powerhouse they are today make them seem a little more human. 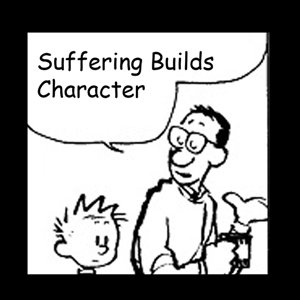 Good characters don't just sit back and let the story happen to them. They participate in the story, they take action. Those actions should reflect what the character stands for. We can’t relate to every choice every character makes, but if we understand the motives behind their choices they can seem more authentic and real. Values are important in developing a character personality that is realistic.

Patagonia stands for reducing environmental waste. This can be a difficult value to hold when you are a company that sells products and therefore inherently contributes to the problem with water in our society. One-way Patagonia demonstrates their value is through their Worn Wear program.

Worn Wear sells repaired used Patagonia merchandise or recycles it if it can’t be repaired. Although they do contribute to the waste problem, they combat it by aiming to keep their gear in use longer, which cuts down on consumption of new goods.

It’s really challenging to make larger-than-life characters seem human. Whether it’s a super hero or a corporation, sometimes these characters seem so large and powerful that we lose any human traits in them. This makes them seem more like a symbol and less like a person.

You can bring out the human side through the little things, the small details of their life. You can show their background, their interactions with supporting characters or just the everyday small things they do that people can relate to. The tiny aspects that come together to form main characters are important in making them seem human.

For brand marketing, social media has become an excellent medium to share the minutia of a brand persona.

Not every character needs to be a jokester, but they should be able to demonstrate humor somehow. Whether it’s a dry humor, dad jokes or GIFs, humor shows an important side of a character that makes them feel more human. Getting people to laugh makes a main character easier to connect with. 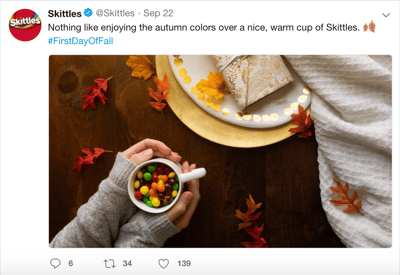 Humans are far from perfect, in fact, in many ways we are more flaw ridden than not. But having a protagonist commit an act motivated by morals can remind us what humanity is really about. Characters show morals by working to fix a problem that isn’t necessarily their responsibility to fix or doing the right thing.

Morals are a very human thing. Contemplating right and wrong and acting on it is a big part of what makes us human. We generally don't think of brands as having morals so when a brand character demonstrates them it can be very humanizing.

For example, in 2010 Dawn started a marketing campaign highlighting the use of their dish detergent by nonprofits helping animals affected by oil spills. The story they built that frames Dawn as a helpful and moral character makes them feel human. 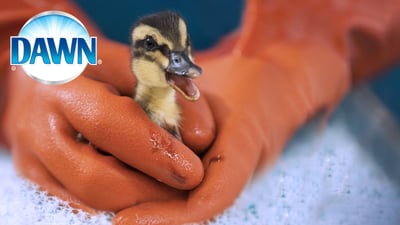 Previous Story
← Confessions of a 3rd Person Narrator
Next Story
Caption Optional: How a Single Photo Can Tell a Story →

These Stories on Social Media Marketing

How to Captivate An Audience Through Social Media

The Step-By-Step Guide to Telling Your Brand's Story

The Creative's Guide to Timing and Cadence